At the UVM Medical Center our specialists are highly trained in the most advanced tools to quickly and expertly diagnose movement disorders. 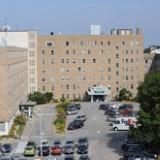 Request an appointment with a neurologist by calling:

Movement disorders are conditions that affect changes in both motor control and non-motor symptoms. At the Binter Center for Parkinson's Disease & Movement Disorders at the UVM Medical Center, we offer a collaborative approach to diagnosising and treating Parkinson's disease and other movement disorders.

Parkinson's disease (PD) is a degenerative disorder of the central nervous system. The disease is named after the English doctor James Parkinson, who published the first detailed description in An Essay on the Shaking Palsy in 1817. The motor symptoms of Parkinson's disease result from the death of dopamine-generating cells in the substantia nigra, a region of the midbrain; the cause of this cell death is unknown.
Early in the course of the disease, the most obvious symptoms are movement-related; these include tremor, rigidity, slowness of movement and difficulty with walking. As the disease progresses, cognitive and behavioral problems may arise, with dementia commonly occurring in the advanced stages of the disease; depression is the most common psychiatric symptom. Other symptoms include sensory, sleep and emotional problems. Parkinson's disease is more common in older people, with most cases occurring after the age of 50.

Dystonia is a movement disorder that causes muscles to contract and spasm involuntarily. Opposing muscles often contract simultaneously as if they are 'competing' for control of a body part. The involuntary muscle contractions force the body into repetitive and often twisting movements as well as awkward, irregular postures. There are multiple forms of dystonia; dozens of diseases and conditions may include dystonia as a symptom.
Dystonia may affect a single body area or be generalized throughout multiple muscle groups. It affects men, women, and children of all ages and backgrounds. Dystonia causes varying degrees of disability and pain, from mild to severe. There is presently no cure, but multiple treatment options exist and scientists around the world are actively pursuing research toward new therapies.
Common examples of focal dystonia include cervical dystonia/spasmodic torticollis (neck), blepharospasm (eye lids), writer's cramp (hand during writing specifically), and spasmodic dysphonia (vocal chords).
Primary dystonias are genetic (or believed to be genetic) in origin, whereas secondary dystonias result from apparent outside factors and can be attributed to a specific cause such as exposure to certain medications, trauma, toxins, infections, or stroke.

Essential Tremor (ET), also known as familial tremor, benign essential tremor or hereditary tremor, (ET) is a neurological condition that causes a rhythmic trembling of the hands, head, voice, legs or trunk. It is the most common movement disorder and is often confused with Parkinson's disease. Its cause is unknown although many cases are hereditary. ET is sometimes referred to as an “action tremor”, as it intensifies when one tries to use the affected muscles.

Multiple System Atrophy (MSA) is a rare degenerative neurological disorder. MSA is associated with the degeneration of nerve cells in specific areas of the brain causing problems with movement, balance, and other autonomic functions of the body such as bladder control and blood-pressure regulation. The cause of MSA is unknown and no specific risk factors have been identified. MSA affects both men and women primarily in their 50's and progresses rapidly over 9-10 years. It often presents with some of the same symptoms as Parkinson's disease (PD), however standard treatments, such as carbidopa/levodopa (Sinemet), have little effectiveness. Although not as prevalent as PD, MSA affects about 4 per 100,000 individuals. Disease progression is generally more rapid than in PD and reflects a more widespread neurodegeneration in the brain.

Progressive supranuclear palsy (PSP) is a rare neurodegenerative brain disease that affects the nerve cells that control walking, balance, mobility, vision, speech, and swallowing. The disorder's long name indicates that the disease begins slowly and continues to get worse (progressive), and causes weakness (palsy) by damaging certain parts of the brain above pea-sized structures called nuclei that control eye movements (supranuclear). Five to six people per 100,000 will develop PSP; it has no known cause, treatment or cure.
PSP can present with postural instability, frequent (unexplained) falls, problems with eye movement, rigidity of the trunk or neck, difficulty with speech and swallowing, and cognitive decline. Other features may include a masked facial expression, staring, double vision, slowed movement (and thought), sloppy eating habits, monotonous speech, lack of spontaneous conversation, grasping or imitative behaviors, and uncontrolled displays of emotion. Many of these features overlap with those of Parkinson's disease, particularly early in the course of disease.

Huntington's disease (HD) is a genetic disease that causes the progressive breakdown (degeneration) of nerve cells in the brain which causes uncontrolled movements, impaired cognition and emotional disturbances that worsen over time. HD is a familial disease, passed from parent to child through a mutation in the normal gene. Most people with Huntington's disease develop signs and symptoms in their 40s or 50s, but the age of onset varies from person to person, as does the rate of disease progression.
Medications are available to help manage the symptoms of Huntington's disease, but treatments cannot prevent the physical, mental and behavioral decline associated with the condition.
Learn more about treatments for movement disorders at the UVM Medical Center.