Learn about the application process for the University of Vermont Infectious Disease Fellowship program for national and international applicants.

These profiles are meant to introduce potential applicants to the people they’ll be working closely with for two years. Our formal academic bios are available on the Department of Medicine’s website and are also individually linked below. 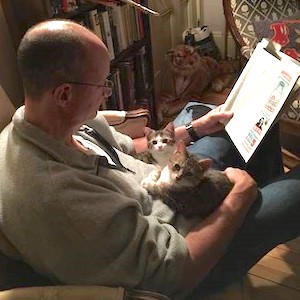 Kemper grew up in a suburb of New York City but left a little piece of his soul in New Orleans where his mother is from and where he attended Tulane University. He eventually moved back to New York, where he went to medical school, did his residency and was an ID fellow. His acquired Southern sensibilities left him passionate about great food and jazz to this day. He also devours histories and biographical works faster than most of us can zero our email. He came to Vermont 27 years ago and despite hating the winter, everything else about Burlington and UVM has kept him here his entire career. Professional interests include healthcare epidemiology and tuberculosis. For twenty-five years he has had a rural HIV clinic in southern VT. He lives near campus with his wife and their two cats, one of which is overweight and has a skin condition. 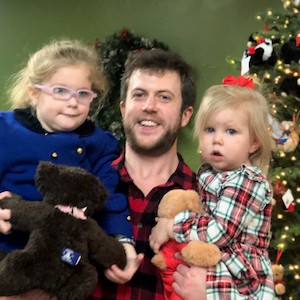 Sean is a Renaissance man who loves Jazz and is more competent in the kitchen than he lets on. His office features mood lighting (because fluorescent lights are so gauche!) and a vinyl record player. He is an avid runner and enjoys stealing away for a quick jog midday when the service is slow. He is a native Vermonter and a dedicated father to his two young daughters. 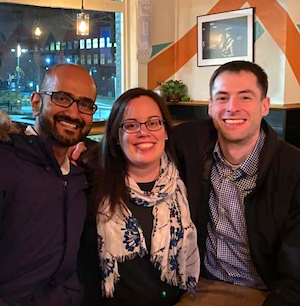 Jean joined the UVM ID group in 2017. He is originally from New Orleans, where he was in college and medical school at Tulane, then completed Med/Peds residency at Baystate Medical Center in MA before ID fellowship at Maine Medical Center in Portland, ME. Although Jean has fully adopted the life of the northern New Englander, he keeps his Southern roots as a friendly and charming person while also being a fantastic chef (editor’s note: that is generous). Jean lives for winter and enjoys ice climbing, the alpine zone, and backcountry skiing. He is a voracious reader and a good day for him would be sitting in a tent on a snowy mountain reading about sci-fi ninjas. He is program director of the ID Fellowship at UVMMC. He is well known for bringing delicious chocolate chip cookies to many ID meetings. 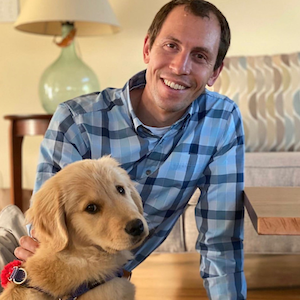 Andy has New England roots dating back to the Revolutionary War. He grew up in Alaska and Rhode Island before attending college at Middlebury. He left Vermont for a spell but always knew he’d be back. He joined the faculty in 2017 after completing residency, chief residency and fellowship at Beth Israel Deaconess Medical Center in Boston. Andy is an accomplished skier and climber. He and his wife Hannah live in the countryside with their golden retriever puppy Mango. Andy is the course director at UVM for the cardiac, respiratory, and renal pathophysiology course, and Comparative Physiology at Mount Desert Island Biological Labs. He has broad research interests and has won a number of teaching awards. 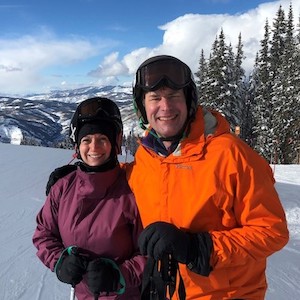 Chris was actually born at UVM back when it was known as the Mary Fletcher Hospital, but he grew up in Cleveland, OH. He has spent most of his training and career at UVM. Initially his research focused on Entamoeba but a fateful encounter with a transplant patient over a decade ago set him on a quest to develop better Cryptosporidial therapeutics – he is now in charge of some cows out back who are having loose bowel movements. He lives in the North End of Burlington with his wife and their 3 dogs. In his free time he enjoys golf, woodworking and playing classical guitar. 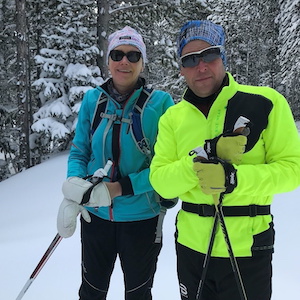 Beth grew up in the Adirondacks and successfully avoided a family proclivity for playing bagpipes. She did her residency in primary care internal medicine, as well as chief residency at the University of Rochester. After recognizing that she was not wired for a career in primary care, she did a clinical and research fellowship at Johns Hopkins and additional training in clinical tropical medicine in Peru. She lived in Haiti during part of her fellowship. She lives in an old charming but cantankerous farmhouse with her husband and two amazing daughters. Her family loves the VT outdoors; she is an avid gravel biker, hiker and swimmer and a mediocre but persistent Nordic skier. Being grounded from international travel in COVID has improved her biking significantly. When she is not training for triathlons she enjoys making maple syrup and cheese. She is an accomplished clinical/translational researcher who focuses on Global Infectious Diseases and vaccine development. She serves as the Department Chair of UVM’s Department of Microbiology and Molecular Genetics, and directs the UVM Vaccine Testing Center and COBRE in Global Translational Infectious Disease (with Drs. Huston and Pierce). Her current focus is trying to avoid being overrun by administrative duties, and also the study of vaccine immunology, Dengue, and enteric infections. 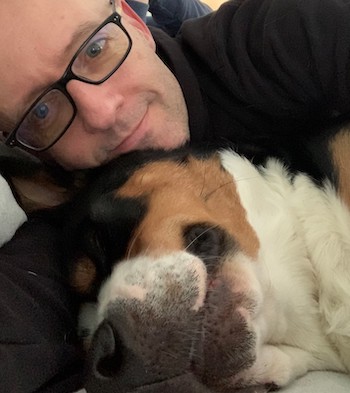 Tim went to Duke University School of Medicine while falling in love with his future wife Jessica. After medicine residency at the University of Utah, during which he and Jess blearily celebrated the arrival of their son Ben, Tim did ID fellowship at Beth Israel Deaconess and HIV immunology and HIV vaccine research at Mass General. Nobody really remembers the specifics because damn but at some point during that process Tim and Jess had their second and equally beloved son, Finn. After fellowship, Tim joined the ID faculty at Dartmouth. Along the way Tim completed an NIH-funded master’s program in epidemiology and translational research at Harvard Medical School. At Dartmouth, Tim studied immune responses to HIV and a novel TB vaccine candidate in Tanzania. Love changed Tim’s path again, this time love of teaching. Ultimately, Tim ran and redesigned two required courses to medical students and co-oversaw the second year of the medical school curriculum. He also co-taught about HIV and life rites of passage with a brilliant medical anthropologist and led Dartmouth’s graduate programs in public health. Around that time time, Tim’s wife Jess became a nationally prominent parenting and education writer with the publication of The Gift of Failure. This and Jessica’s ensuing speaking career gave Tim the chance to repay some small portion of the marital debt incurred during residency and fellowship and by virtue of being who he is. In 2018 Tim joined the ID faculty of UVMMC where he leads the ethics program and teaches about ethics and social medicine. Beyond his academic publications, Tim writes for the popular press including The New York Times and Washington Post. 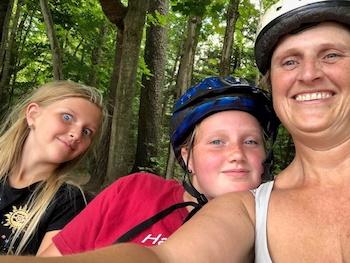 Cindy is a Vermont native who worked as a physical therapist for several years before going to UVM for medical school. She hasn’t left us since! She lives on a farm near where she grew up with her husband and their 2 girls. They have many animals, but the “queen of the home” is their cat Minou. They spend a lot of their free time supporting the girls’ multiple sporting ambitions. They love to play outdoors and can be found skiing together at Jay Peak on winter weekends. Cindy leads UVM’s Infection Prevention (2020 was tough) and she is renowned for her dedication to her patients. She recently received the Department of Medicine’s Distinguished Clinician award for being “the kind of physician we would choose for our family.”

Like Sean before her, Kate decided to stay on as faculty and we are thrilled. Kate grew up on the dreamy seacoast of Maine and went to college in Colorado before heading back to New England for her medical training. She came to Vermont for residency and though she occasionally longs for the smell of the sea or the fluffy snow of the Rockies, she has fallen for UVM and Burlington’s offerings of vibrant small city life and close proximity to 4-season adventure. Kate loves all forms of outdoor recreation on land and water and can be found hiking, skiing or paddle boarding during her time off. She appreciates good food (maintaining a particularly deep affection for the baked variety) and actively seeks out all the finest local culinary haunts. She lives nearby with her cat Luna. 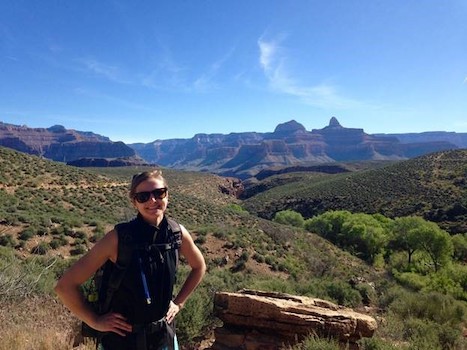 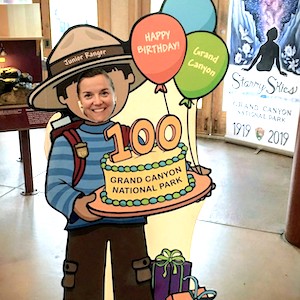 Kristen grew up in New Hampshire in the shadow of Mount Monadnock and still prefers mountains to beaches. She came to UVM for medical school and hasn’t left since. She lives in the countryside with her husband who is a maltster. They have two boys who are growing up too fast and two dogs - Maggie and Berto. She has traveled widely throughout the country (only a handful of the 50 states remain on her list) and also internationally. She reads voraciously and loves being outside year-round trail running, cross country skiing and snowshoeing. She is an accomplished vaccine researcher and sometimes has to make a quick dash to Asia to work on Dengue trials. If she were not a doctor, her dream job would be park ranger. 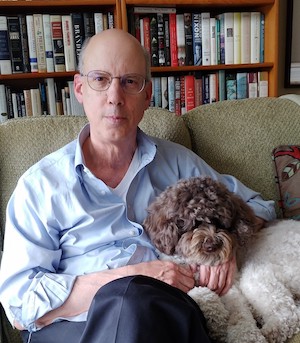 Lou was born in Vermont but grew up outside of Philadelphia. His training took him through Denver, St. Louis and also the CDC’s Epidemic Intelligence Service. He is a passionate teacher and the clerkship director for the inpatient Internal Medicine rotation. Lou is also a “foodie” and is known for his wonderful dry sense of humor. He lives along the shore of Lake Champlain and enjoys kayaking. 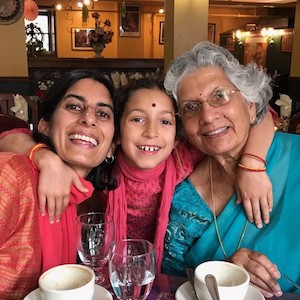 Devika came to Vermont from Seattle in 2013 and it doesn’t seem like she’s going to leave. She joined UVM in 2018 and serves as Project Director for our Ryan White HIV/AIDS program. Beyond HIV care, she is passionate about sexually transmitted infections, HIV prevention, social justice, her puppy and spicy food. She and her partner are working hard to raise their daughter to be equal parts tough and kind. When she is not dashing off to international HIV research meetings in southern Africa she enjoys hiking through the lush forests in her backyard with her family – where she lives you can’t see the neighbors. 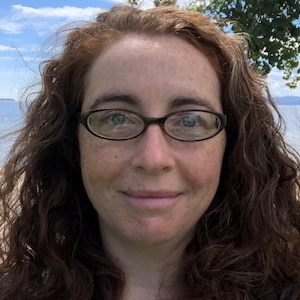 Lindsay grew up in Kansas and did her medical training in Chicago following a stint in Boulder, CO where she earned a graduate degree in Anthropology. It was not without some mild trepidation that she left the bright lights of the Windy City to come to Burlington in 2015, but has since fully embraced Vermont life. She lives nearby with her two very demanding cats, Hugo and Darwin. Lindsay has taken up skiing in the winter. She is an avid runner and racer who often sneaks out of the office for an afternoon jog. She enjoys baking and describes her culinary style as “made with love, but no guarantee the center is cooked through.” Many of us happily volunteer as subjects for her delectable experiments. She serves as Director of Antimicrobial Stewardship at UVM and works with many hospitals across the state to optimize antibiotic use. 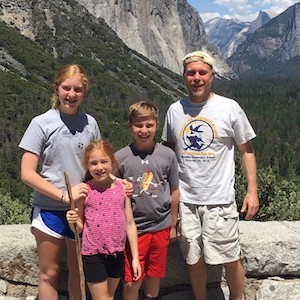 Tim grew up in the Berkshires of Western Massachusetts and has an easygoing manner that belies his many accomplishments. He moved to Vermont in 2018 after retiring from the Navy where he spent 20 years at Walter Reed. Tim is a consummate clinician with a broad range of interests within infectious disease but most especially tropical medicine after his experience in Bethesda. He also heads the division’s quality assurance and improvement. He lives in the countryside with his wife and 3 kids. They love the outdoors and spend their free time hunting, fishing and visiting national parks. In addition they have been known to share some of their delicious homemade maple syrup with the division – a unique perk of fellowship at UVM!