THE ELEANOR B. DANIELS FUND

The Eleanor B. Daniels Fund at the UVM Cancer Center is dedicated to supporting education, research and development efforts for gynecologic cancers and women's health issues.

Learn more about this new program.

Check us out on Facebook for more information and help to register for events.

of the Eleanor B. Daniels Fund

The Eleanor B. Daniels Fund was created in honor of Eleanor Daniels, a beloved artist, mother, teacher with the mission to provide education, research, and development for the public, patients and staff of The University of Vermont Medical Center Gynecologic Oncology Program. The Eleanor B. Daniels Fund is dedicated to supporting education, research and development efforts for gynecologic malignancies and women's health issues.

We believe that knowledge is the key. By listening and understanding our bodies, new avenues of growth are available to us as well as an overall healthier outlook. Our passion is providing the information and tools that support survivorship by improving the quality of lives for survivors and their loved ones.

You are the reason we are able to continue our mission. Together, we have been able to reach thousands of people to offer support, education, inspiration over the past five years. We have done a great deal and look forward to continuing a partnership that will allow us to touch even more lives and make a difference in so many families in our community.

The focus will be on proposals that are unlikely to receive government or corporate assistance because they are in the early stages of development or because they are taking an aggressive approach. 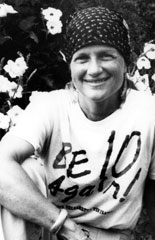 Eleanor B. Daniels (1944-1990) lived in Vermont from July 1985 to September 1990 during which time she painted more than fifty canvases and produced her most beautiful and in-depth garden scenes. During this same five-year period, Ellie was diagnosed with ovarian cancer and underwent a number of surgeries and different experimental treatments at The University of Vermont Cancer Center.

While her health deteriorated, her work developed in depth and she showed exemplary spirit and determination in her care and in educating herself and others about her illness. After living with cancer for five productive and inspiring years, Eleanor passed away at The UVM Medical Center.

In addition to her active career as an artist, Eleanor was a dedicated mother and a source of inspiration for her many friends throughout the world. Eleanor maintained a positive approach to her unexpected illness and was courageously involved in promoting the education and research of her cancer. Although she is no longer with us, we as viewers of her art are privileged to still have the opportunity to enjoy her special vision and learn about her unique interpretation of the world. This fund, named in her honor, will help educate others about gynecologic cancers and be both a source of information and inspiration.

Artwork by Eleanor B. Daniels

Ellie started a note card company when she lived in Vermont and began marketing her images through this small business. Her sister, Sherry, is keeping her legacy alive by continuing the sale of her note cards and several posters of her canvases. 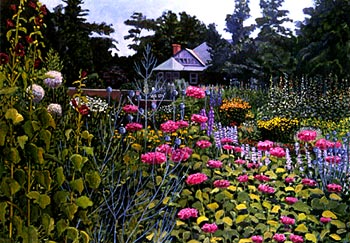 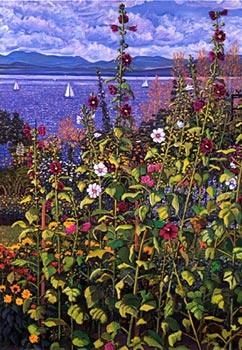 Learn more about this new program.

Past programs and future events: Over the last ten years, the Eleanor B. Daniels fund has hosted a variety of free educational programs to promote good health and provide information a cancer related and wellness topics, including prevention, nutrition, alternatives, comfort, survivorship, motivational and medical topics. We are committed to developing educational programs that improve the quality of lives for families in our community. We strive to offer free educational programs that inspire as well as provide current information to all those interested in learning more about cancer, prevention, survivorship, wellness and the road to a more healthy lifestyle. Our goal is to provide two free programs a year, plus be visible at various cancer related events to provide support and educational materials.

Dr. Wong is Vice Chair of Gynecology, Director of Gynecologic Oncology at The University of Vermont Medical Center, as well as the associate Dean for Continuing Medical Education and Interprofessional Education at the University of Vermont. Dr. Wong received his Bachelor of Arts degree from New York University in 1988 and his Doctorate of Medicine from the New York University School of Medicine in 1992. He completed his Obstetrics and Gynecology residency training at Mount Sinai School of Medicine in New York City in 1996, and a fellowship in gynecologic oncology at Roswell Park Cancer Institute in Buffalo, New York in 1999. He is board certified by the American Board of Obstetrics and Gynecology and Gynecologic Oncology.

In 2000, Dr. Wong moved to Vermont and has been an active faculty member at the University of Vermont College of Medicine, Division of Gynecologic Oncology and the Department of Obstetrics & Gynecology at the UVM Medical Center. Dr Wong's clinical practice includes evaluating and treating women with pre-invasive and invasive gynecologic malignancies. His research interests include studying the biology (i.e., angiogenesis) of ovarian cancer and possible molecular markers to identify ovarian cancer. Dr. Wong actively organizes and lectures in education programs directed to patients and medical care providers. 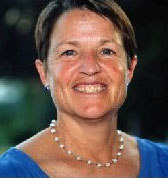 Sherry is the sister of Eleanor B. Daniels and lives in Richmond, Vermont, with her husband, Ted Yeates, and son, Doug. Ellie's two children, Carrie and Justin Braman, are part of her extended family. Sherry is a breast and ovarian cancer survivor. In 2004, Sherry was honored with "Survivor of the Year" for the VT/NH Susan G. Komen Association Race for the Cure. Sherry recently retired from her position of conference manager for JLC LIVE, a residential construction show owned by Hanley Wood Exhibitions in Williston, Vermont, where she worked for 14 years. Sherry owns and maintains the notecard company, Quadri, that was established by Eleanor to promote her work. For many years from 1978 to mid-90's Sherry was the General Manager and President of Twin Oaks Sports & Fitness in South Burlington, Vermont.

Sherry was with Ellie when she was diagnosed with ovarian cancer in 1985. She and her husband supported Ellie through her four year journey with the disease, which was a true learning process. It was ironic for Sherry to be diagnosed with the same disease in 2000. Having been both a supporter and survivor, Sherry was eager to support the mission of promoting education and research about gynecologic malignancies and women's health issues through the Division of Gynecologic Oncology at The UVM Medical Center. The whole Daniels Family, including Ellie's two children, are pleased to support the Fund by lending Eleanor's name and legacy to the mission. 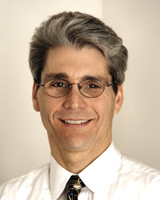 Paul is the owner and president of Sison Broadcasting, Inc., the company that owns the radio stations WVMT and 95TripleX. Paul has been a strong supporter of the Eleanor B. Daniels Fund since its inception and has followed the Daniels family through their cancer-related experiences with both personal and professional support.

Paul has committed to the Eleanor B. Daniels Fund because of his concerns about cancer and his commitment to help educate others about prevention, precautions, detections and living with cancer issues. Paul has served on the boards of the American Cancer Society, Make-A-Wish, and Chittenden County Court Diversion, plus First Night. He has mentored children in schools and been a weekly volunteer in the classrooms. He lives in Colchester with his wife, Anne, and two daughters. He is a strong believer in wellness and health education and is a cycling and fitness enthusiast.

Prior to becoming a P.A., she worked as a research technician on breast cancer studies at Northwestern University in Chicago, then as a clinical research assistant in the Lineberger Comprehensive Cancer Center at the University of North Carolina at Chapel Hill. While there, she contributed to studies that led to the approval of new treatments for colon cancer, chronic myeloid leukemia, and multiple myeloma. She moved to Vermont in 2003 and worked briefly in an urgent care clinic before beginning her current job at the UVM Medical Center in 2005. In addition to providing general outpatient gynecologic care, she works closely with Dr. Wong, providing post-operative and follow up care for women with gynecologic malignancies.

Mary Claire lives in Richmond, Vermont, and is a professional photographer doing business as Carroll Photos for the past 26 years. She is an activist - especially in the area of economic security and equity for women. Mary Claire is a long-time member of Burlington Business and Professional Women (BPW), a national networking organization advocating for working women. She spent 12 years on the Vermont Commission on Women where she served as chair of the Economic Security and Equity Committee. She also chaired the board of Vermont Works for Women for several years. Mary Claire currently serves on the Richmond Area Business Association board and is a former member of the Richmond Library Trustee board.

Mary Claire, through her own experience with uterine cancer, is committed to the mission of the Eleanor B. Fund to help raise awareness and provide education on women's health topics.

Kelly is a 2007 graduate of Johns Hopkins University School of Nursing. The week following graduation she was diagnosed with colon cancer. She started her career as an oncology RN while going through chemo and has worked as both an inpatient and outpatient nurse at the UVM Cancer Center since then. She currently works as the Hemophilia nurse coordinator at the UVM Medical Center. Kelly spends her free time with her family. She has volunteered in the past with the Love Hope Strength foundation doing bone marrow drives at concerts and has traveled to Africa with them twice to fundraise and work with the nurses and children in East Africa's first pediatric cancer center. More recently, she has served as the co-chair for the Women’s Health and Cancer Conference in Burlington. Kelly is excited to be part of an organization that promotes women's health.

Debbie Poulin graduated from So. Burlington High and attended UVM for a year before moving out west to settle in Salt Lake City, Utah where she attended the University of Utah for Business Management.  Her experience has been in working in the hospitality industry, mostly Restaurant Management, for 42 years. The Davis Center, located at the University of Vermont, was the focus of her work as the Catering Supervisor, until her Ovarian Cancer diagnosis in December 2012. Before that, she was owner of a Beverage Catering Service and an Eatery at the Edge Sport and Fitness Center.  All of these experiences were a positive contribution to her ability and enjoyment of fundraising.  The National Ovarian Conferences have been responsible for her current involvement in networking with other women who are living with cancer.

Donate online by clicking the button below or mail your check to the address listed.

With honorarium gifts please include the name and address of the person(s) being honored with the donation. The UVM Medical Center Foundation will send a letter notifying the individual(s) of the gift without disclosing the amount of the donation.

Please make your checks payable to the UVM Medical Center with Eleanor B. Daniels Fund in the memo line.