The University of Vermont Medical Center Board of Trustees has appointed three new members who will serve four-year terms – Angela Batista, Ed.D, vice president of Student Affairs and Institutional Diversity & Inclusion at Champlain College; Hal Colston, member of the Vermont House of Representatives from Winooski; and Alyson Richards, CEO of Let’s Grow Kids. 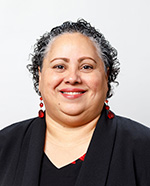 Angela Batista, Ed.D
Angela Batista of Burlington, is vice president of Student Affairs and Institutional Diversity & Inclusion at Champlain College. She was Champlain's inaugural Diversity and Inclusion senior director from 2007-2010. Prior to returning to Vermont in 2017 for her current position, she was Interim Chief Diversity Officer at Oregon State University, where she also served as Associate Vice Provost for Student Affairs and Dean of Student Life.  Prior to that, she was Dean of Students at the University of Southern Indiana.
Dr. Batista has worked in various colleges and universities across the United States, including the University of Vermont, Lynn University, and Mills College. Her experience as an educator includes working as a teacher, counselor, senior administrator in Student Affairs and a Chief Diversity Officer. She is also actively engaged as a national and international consultant and has served in multiple leadership roles in professional national organizations. She earned her Ed.D in Leadership from Nova Southeastern University and her master’s degree from the University of Vermont. Her undergraduate work was completed at Brooklyn College in New York City. 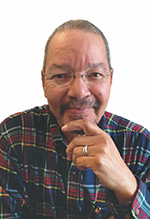 Harold (Hal) Colston
Hal Colston was director of Partnership for Change, a non-profit working to remodel public education in Winooski and Burlington from 2013 to 2018.  He was recently appointed by Governor Phil Scott to fill an open seat in the Vermont House of Representatives and was elected to the Winooski City Council in 2018.  From 2011-2013 he was executive director of SerVermont, a position to which he was appointed by Governor Peter Shumlin. Other highlights of his long career in human services and community-building include founding the Good News

Garage and NeighborKeepers, and creating the Office of Diversity for Howard Center, Vermont’s largest community mental health agency. Mr. Colston’s previous board service includes Howard Center, United Way of Northwest Vermont, VNA of Chittenden and Grand Isle Counties (now UVM Health Network Home Health & Hospice), Center for Whole Communities, and the Vermont Health Foundation.  Mr. Colston now serves on the boards of Vermont PBS, Flynn Center for Performing Arts, Vermont College of Fine Arts and the Snelling Center for Government. After attending the University of Pennsylvania, he spent 17 years in the culinary field as a chef, culminating in a teaching position and director of catering at New England Culinary Institute that brought him and his family to Vermont in 1989. 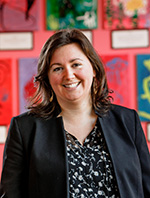 Alyson Richards
Aly Richards of Montpelier is currently CEO of Let’s Grow Kids, a statewide movement to make Vermont the best place to raise a family with a mission to ensure affordable access to high-quality child care for all Vermont families by 2025.  Prior to this role, she served as the Deputy Chief of Staff and Director of Intergovernmental Affairs for Governor Peter Shumlin. In this position, Ms. Richards had leading roles in several of the Shumlin Administration’s efforts to support early childhood—including winning competitive federal Race to the Top Early Learning Challenge and Preschool Expansion grants and supporting the passage of universal pre-K.

Prior to joining the Governor’s Office, Ms. Richards served on the 2008 Obama campaign and worked as the Mid-Atlantic Deputy Finance Director at the Democratic National Committee. She received her BA with honors in International Relations from Brown University.

About the University of Vermont Medical Center