SYSTEM OUTAGE UPDATE: Some services may still be impacted as a result of the 10/28/2020 cyberattack. Get more information here.

COVID-19 ALERT: Get the care you need, safely and when you need it. Video visits are available and safety measures are in place for required in-person visits to practices, Urgent Care and the Emergency Department. Call your provider with questions about your health or upcoming visits. Learn more about the ways you can safely receive care here. 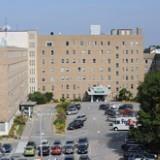 Give us a call at:

The University of Vermont Children's Hospital supports gender variant youth and their families through the Transgender Youth Program in Burlington, VT.

Transgender is an umbrella term for people whose gender identity differs from their biologic sex. Even though someone may look like a boy/man, they might feel like a girl/woman, and vice versa. Some people even feel like their gender identity is neither male nor female, but rather something in between or other. We're not quite sure why some people are transgender. It isn't something that a person chooses or learns, it isn't because of the way a person is raised, and it doesn't mean that someone is mentally ill.

Most of us don't think very much about our gender, but gender is all around us. When people talk about us, they use pronouns, like "he" or "she", or we might be called "sir" or "ma'am." We have to choose whether to use the men's or the women's bathroom, or whether to buy clothes from the men's or women's department. For people who are transgender, it can be very difficult to live in a body that doesn't match how they feel inside, and this may lead to anxiety or depression.

There is no way to change a person's gender identity. Instead, people should be allowed to live as the gender they identify with.

Natal/biological sex: when we are born, we are assigned male or female - based on what body parts we are born with.

Gender identity: in childhood, we will start to think of ourselves as a girl or a boy. This is our gender identity - it is the gender that we feel on the inside.

Gender expression: is how we choose to express our , such as by the clothes we wear, the way we style our hair, and the things we do.

Most people have a sex and gender identity that match, i.e. most females feel like girls, and most males feel like boys.  But this isn't always the case.

Binding, Tucking, Packing - Binding, tucking and packing are common practices utilized by some transgender or gender variant individuals to help them live as their affirmed gender. Although these practices are common, they are not always risk-free. Below are education materials with information that patients and families should know before they begin binding, tucking or packing.

What to do if you have of family support

We advise you to connect with our social worker, Theresa Emery at 802-847-3811 who can help connect you with support and will provide direction to other resources.

How to change my name

In Vermont, it's fairly easy to execute a name change by out an application in the probate court, though the appropriate form depends on whether the person seeking name change is a minor or adult. Visit the VT Probate Division where all of the forms and FAQs can be accessed.

How to change on a birth certificate in Vermont

It is fairly easy with physician support. An affidavit by a licensed physician who has treated or evaluated the individual stating that the individual has undergone surgical, hormonal, or other treatment appropriate for that individual for the purpose of gender transition shall constitute sufficient evidence for the court to issue an order that sexual reassignment has been completed. The affidavit shall include the medical license number and signature of the physician (Statute: 18 Vt. Stat. § 5112 (2011).

Does company cover any care?

Insurance coverage for transgender care is variable and frequently changing. We are committed to the care and well-being of the child. We'll work to advocate on behalf of your child/adolescent with insurance issues. We advise the parent who carries the insurance on the child should call the insurance company directly to find out what will/won't be covered for this specific condition. If a prescription is not covered, parents can talk to human resources at their to start problem-solving before they even have to think about paying.

Are there any other resources if my insurance does not cover trans care?

For those who have high co-pays or deductible, the Abbvie assist card can be activated, which can help with up to $2000 per year (as long as the program continues)

As a family support organization, we help families find information, connections and support for any self-identified needs. The Vermont Family Network staff are parents of children who have unique strengths and challenges. Family Support Consultants can make peer matches that provide the support of another family. More information can be found at VermontFamilyNetwork.org.

Aranu'tiq is a summer camp operating at two sites located in New Hampshire and Southern California offering summer camp for kids 8-16, as well as leadership programs for older teens and weekend family camps. The camp was created to be a safe and fun place for youth who feel like they might not fit in at other camps because of their gender and/or who want to be with other transgender and gender-variant youth. More information can be found at  http://www.camparanutiq.org

Medical and Other Transition Options for Transgender People