Subscribe
Topics
The University of Vermont Health Network > HealthSource > Caring for the Most Vulnerable Victims of the Opioid Crisis: Newborns

Caring for the Most Vulnerable Victims of the Opioid Crisis: Newborns 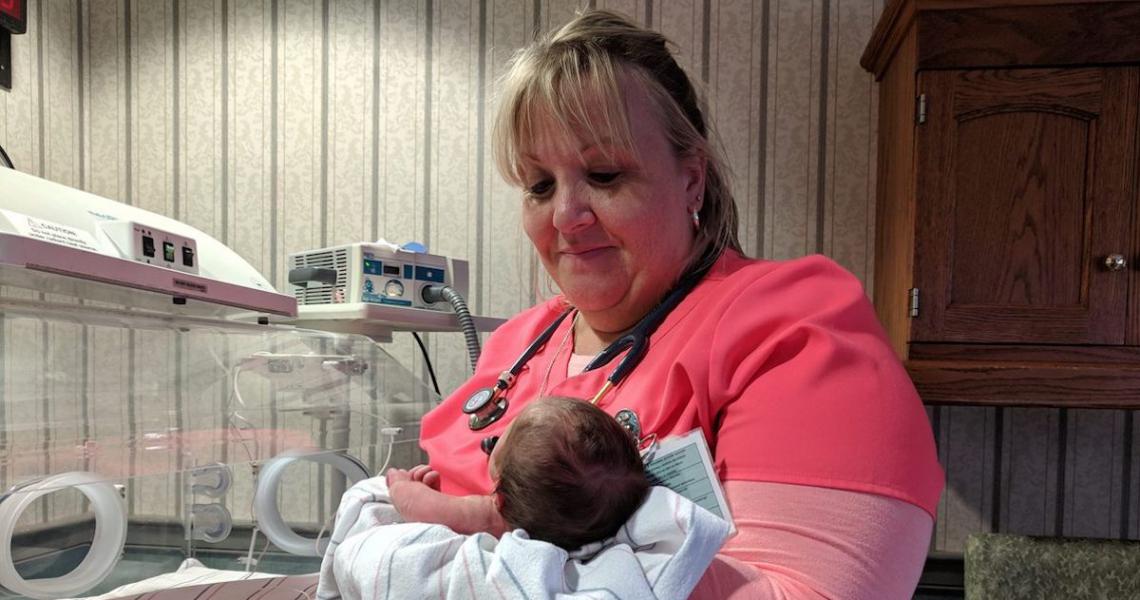 Registered Nurse Courtnee Davenport has cared for newborn children and mothers at University of Vermont Health Network – Alice Hyde Medical Center for a decade. But she can remember her worst brush with Neonatal Abstinence Syndrome (NAS) like it was yesterday.

That morning the weekly staff meeting had been interrupted by an unexpected surprise: a pregnant woman who arrived in Maternity fully-dilated and on the verge of giving birth. Davenport and her team members had never seen the woman before, and she appeared to have had no prenatal care during her pregnancy.

In the next several hours it would become clear why, as the woman soon gave birth to a child who quickly began exhibiting some of the signs — jitteriness, crying and improper feeding behavior — of drug dependence in infants.

Before long, Davenport said, Alice Hyde’s Maternity Department was dealing with a two-sided crisis. Not only had the new mother disappeared from her hospital bed, her newborn was suffering a series of strokes in the nursey due the severity of the child’s drug withdrawal, and had to be quickly transferred to the Neonatal Intensive Care Unit (NICU) at University of Vermont Medical Center in Burlington.

Davenport, who looked after the newborn while other team members scoured Alice Hyde’s campus looking for the mother, said the experience was harrowing.

“It’s heartbreaking seeing a baby go through that and knowing it could have been prevented,” said Davenport.

For the members of Alice Hyde’s Maternity Department, the episode typifies many of the challenges rural hospitals face as the opioid crisis continues to devastate rural communities. Social services like Franklin County’s foster care system are overloaded, as are the region’s resources to combat drug addiction. Many women who struggle with addiction face even more challenges, as they avoid prenatal care during pregnancy in an effort to stop Child Protective Services from placing their children in foster care after birth.

Kerry Hanna, another RN who has been a part of Alice Hyde’s Maternity team for several years, recounted her feeling of helplessness in caring for a different newborn exhibiting symptoms of NAS. The boy was so sensitive to stimuli that she was forced to darken the nursery and spend her shift intercepting anyone who attempted to enter. Hanna also spent the day in a battle with her own instincts as a caregiver: she normally rushes to provide touch and comfort to crying infants, but had determined that any stimulation would increase the baby’s suffering.

“Touching him was not an option,” said Hanna. “It’s horrifying, because the normal things we would do for comfort them, aggravate them.”

In another case, said RN Alisha Berney, she spent hours gently stroking the head of an infant suffering through NAS, after finding it was the one thing that eased the child’s discomfort.

Ultimately, almost all NAS births at Alice Hyde are transferred to UVM’s NICU, where they can receive the higher level of care required to begin weaning them off their drug dependency. That’s a time-consuming and delicate process that can take months if a newborn has been exposed to highly-addictive narcotics like opioids or heroin.

But the challenges for Alice Hyde’s Maternity team don’t begin, or end, with the newborns themselves. Berney called caring for pregnant women battling addiction a challenge that forces caregivers to confront some of the most emotionally-charged and socially complex situations imaginable.

“I’ve seen a woman lose a child to a brain bleed because of drug abuse, and then had to go speak to that mother about how she couldn’t go home and do drugs to try and cope, because of the danger that she could die as well,” said Berney. “It’s a tough space, to walk into a room and have that conversation.”

The opioid crisis and corresponding surge in NAA births — of the 266 deliveries at Alice Hyde in 2018, between 10 and 20 percent displayed indicators of NAS, according to Kathryn St. Mary, Nurse Manager of Alice Hyde’s Family Maternity Services Department, and Tammy Reynolds, Interim Associate Vice President of Nursing — have also touched off a sharp change in how health care professionals think about the populations they serve.

“It runs the gamut,” said Tammy Reynolds, Alice Hyde’s Interim Associate Vice President of Nursing. “We have a lot of opioids in this community, and we have a lot of mothers who use opioids.”

The result, said Reynolds, has been a steep learning curve that has forced the hospital to adapt using every resource at their disposal — from pushes to educate employees about spotting NAS and when physicians should test expectant mothers who raise suspicions about drug dependency, to policies and procedures for managing and distributing narcotic painkillers in the hospital’s Emergency Department.

“It’s frustrating,” said Reynolds. “There’s no support in the community for these people. There’s not. And it’s (NAS) getting to be so prominent that we really need to bring it to the forefront.”

Still, she’s hopeful about the impact of regional advances in neonatal care, like the addition of a pediatric hospitalist at UVM Health Network — Champlain Valley Physicians Hospital in Plattsburgh, which could help keep NAS babies closer to home, a step Reynolds hopes would reduce the strain on the foster care system, and allow more birth mothers to be involved in the lives of their children.

“It’s very challenging,” said Reynolds. “I’ve had babies here for days while they’re trying to find foster homes for them. Everybody is overwhelmed and overloaded, and it’s taxing the system in every direction.”

This story was reported by Phillip Rau, with the UVM Health Network. 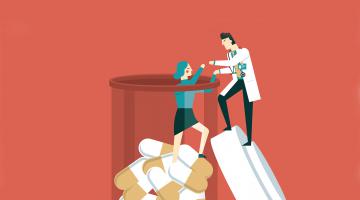 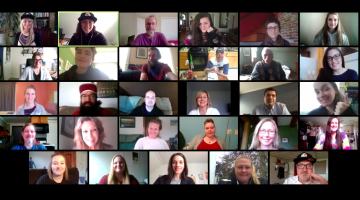 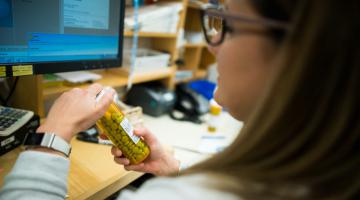 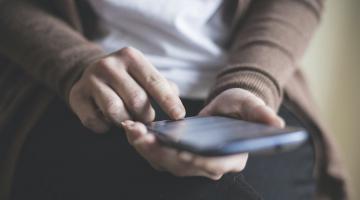 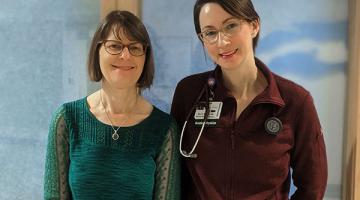 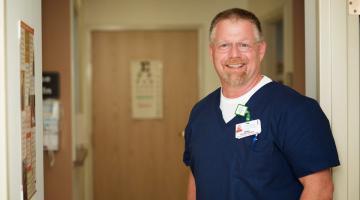