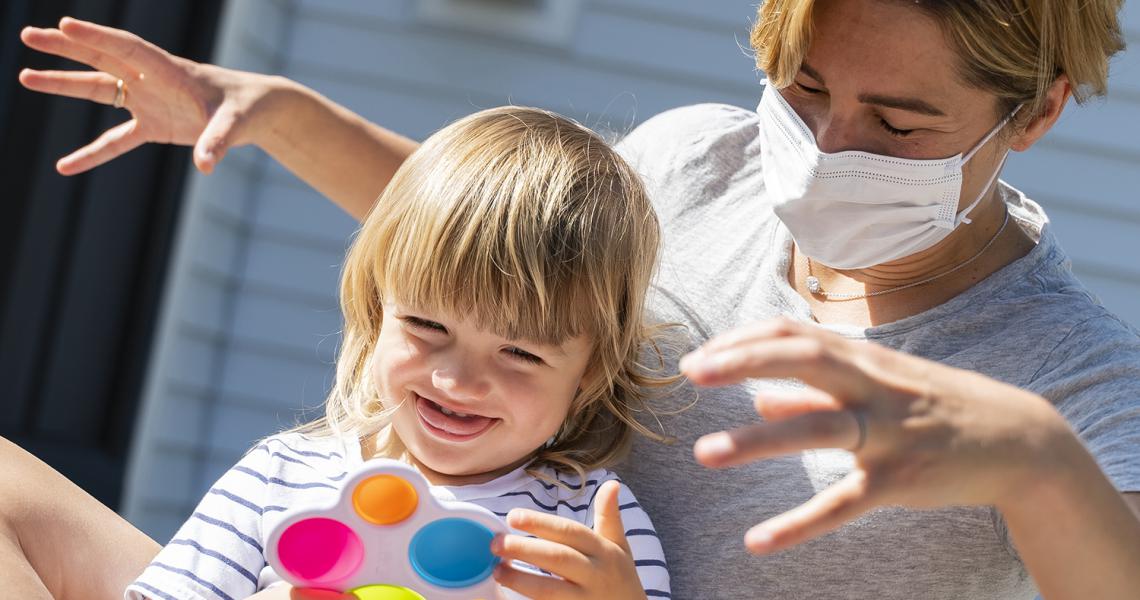 Henry’s long blond hair bobs back and forth as he tries to hold his head up. Making a series of grunts, the two-year-old squishes up his face as he tries to stand up straight while clutching a giant foam block. Sitting beside him, with a hand on his back and his belly, Andrea Buteau, who has a doctorate in physical therapy, makes sure he doesn’t fall.

Henry’s task might seem simple, but for him it’s anything but.

Henry suffers from alternating hemiplegia of childhood (AHC), a one-in-a-million neurological disorder that presented when Henry was just nine weeks old. The disease results in episodes of facial and limb paralysis, muscle weakness and seizures. As a result, Henry isn’t yet strong enough to walk on his own. There is no cure for his condition, making home health care critical.

Several times a week, Buteau, a physical therapist with Home Health & Hospice’s pediatric rehabilitation program, comes to Henry’s home to work with him on strength-building exercises that are critical in fending off permanent damage from AHC. The program offers both occupational and physical therapy as well as speech therapy for children in their homes. Eight clinicians, like Buteau, serve roughly 170 kids in Chittenden and Grand Isle counties. 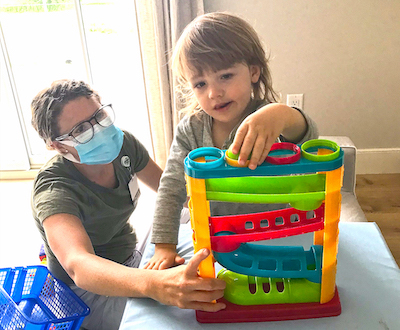 Henry’s mother, Mary Saladino, says that everyone at Home Health & Hospice and the pediatric rehabilitation program worked to ensure the right people were in place and that Henry got scheduled right away.

“Henry’s home health care team have quickly proven themselves to be his favorites,” says Saladino. “We know he is getting such high-quality physical and occupational therapy without having to leave home. It’s one of the few things that makes our life easier.”

At a recent home visit, Buteau encourages Henry in his exercises. “Bend! Bend! Bend, Henry!” Buteau says, as Henry stretches his body back over a small cushioned chair to help maintain and build his torso muscles. “You made it!” cheers his mother. Henry giggles between grunts.

“He likes his squishy blocks,” Buteau says. She incorporates toys into exercises that will help Henry’s development. She wedges them into the door handle of the fridge, or in between other objects. Henry spots them and tries to pull them out, a fun game that also helps him develop strength and motor skills.

“The toy really isn’t a toy,” Buteau admits with a grin. “It’s a tool to engage him and get him to do what I need him to do but also enjoy himself.”

A playroom in the Saladino home is crammed full of giant cushion blocks, small plush chairs, a tiny slide, and Henry’s favorite, a toddler-sized walker. Buteau sees Henry turn his head. He’s looking at the walker.

“You want to go somewhere?” Buteau asks him. Henry points to the walker and murmurs something that sounds a lot like “Yes.” Henry’s speech is severely limited, another impact of AHC.

Moments later, Buteau is protecting Henry from any potential falls as he crawls up to the walker, grabs a leg of the walker in each hand and starts the long process of lifting his little body.

“Yes!” Henry’s mother exclaims as Henry lifts his chest off the ground.

Then, he manages to get high enough to stuff a knee under him, then another knee and then a foot. Henry’s progress looks exhausting, but he persists. The whole while, Buteau verbally encourages him while offering support when he falters. 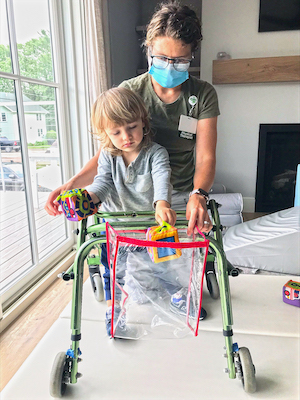 Before long, Henry has made it to the kitchen fridge. He’s exhausted. He turns and flops into Buteau’s arms, hugging her, both a gesture of affection and a chance to rest.

“We aren’t just there to treat him as a patient. We are his friend, we are there to play with him and he’s built relationships with us,” Buteau says. “He’s grown to love us.”

For Henry’s mother, this is exactly what they needed.

“We never know when a seizure might hit,” Saladino says. “Having home health care reduces the risk we’d have to cancel visits due to symptoms, or the need to recover afterwards, because the time and effort of travel to and from appointments is taken out of the equation.”

Thanks to Buteau’s physical therapy visits twice a week and weekly visits from her colleague Rebecca Grimm, an occupational therapist and program team manager, Henry is getting care at home that wouldn’t be possible otherwise.

“We know that there are neurological pathways that peak early in life,” Grimm says. “No matter the issue or challenge, it gets a whole lot harder the older they get and those pathways become less and less accessible.”

The visits also provide Henry with precious social interactions during the COVID-19 pandemic. Henry giggles when his mother tells him Buteau is coming to play or when he hears her voice as she arrives at their home.

“He responds so well to her instruction and she, in turn, respects what he communicates,” Saladino says. “Andrea is patient and encouraging with Henry and understands that his condition means that his body and abilities are a moving target. She has found the balance of pushing Henry and honoring his needs.” 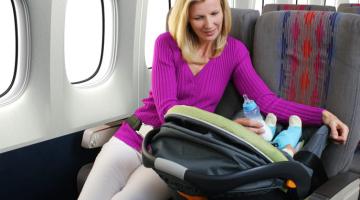 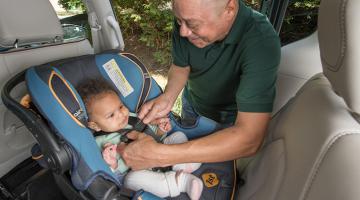 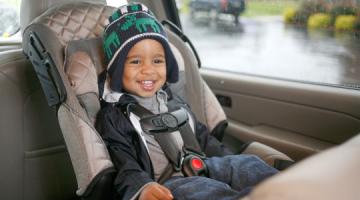 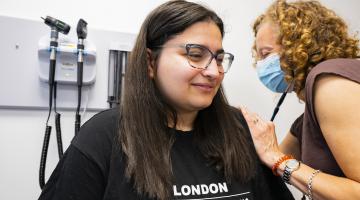 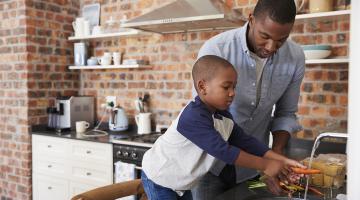 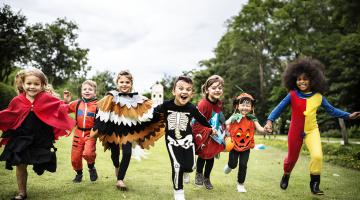